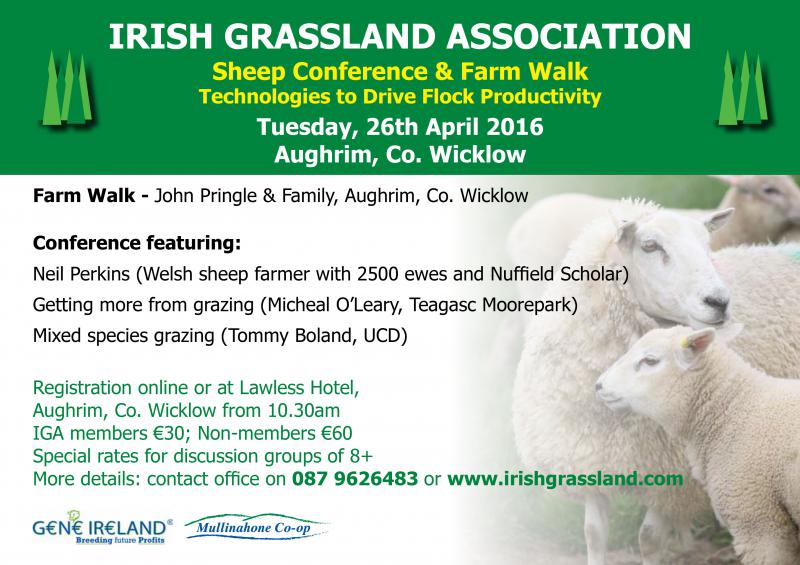 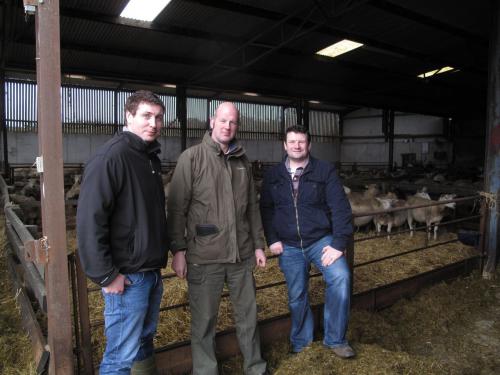 John, his wife Linda, daughter Lucy (10) and twin sons Scott and William (5) farm a mixed sheep and suckler-to-beef enterprises on land described as relatively dry but vulnerable to late growth, rising to about 650 m above sea level at the highest points. The sheep enterprise includes a 255 mid-season lambing ewe flock along with 70 lambing yearling hoggets which begin to lamb after the first cycle of mature ewes at the end of March/start of April.

A main focal point of the farm walk surrounds setting up and managing the farm through the critical May and June period for grassland management. Huge gains have been made in this area in recent years with the farm focusing on improving performance and kilos of output from grazed grass. Many fields on the farm are
large and in the past limited the opportunity to operate a rotational grazing system. In recent years large fields have been subdivided, both in a semi-permanent and temporary (four strands of electrified polywire) manner allowing a rotational and mixed grazing system to be operated. 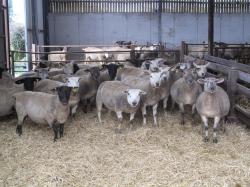 Ewes are split into two groups of about 120 to 125 ewes and their lambs with each group run with a batch of 25 spring calving suckler cows and their calves. Yearling hog
gets and their lambs are run with heifers which are finished at about 22 months of age. Male progeny are finished in an under 16 month bull beef system and therefore do not return to grass. Each group now has access to about seven paddocks and while John says a slow spring may still leave grass tight, especially when 50 acres are closed for first-cut silage, grass quality is easier to manage. 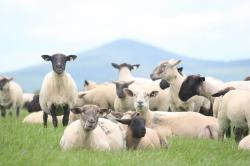 There are other factors contributing to the improvement in grassland productivity. There is a focus on feeding the soil with compound fertilisers used as the season progresses and low fertility/pH soils targeted for special attention and lime application. John says he finds spreading farm yard manure on higher more exposed fields is also delivering massively in boosting summer growth. A reseeding programme is in place and along with his local discussion group John is planning to experiment with some alternative forage crops such as plantain and chicory in 2016. Additionally, he is also hoping to work with his Teagasc B&T adviser Bob Sheriff and begin measuring and monitoring grassland performance on Teagasc’s PastureBase Ireland.

Much more to see

There is much more to see in addition to grassland management. A new breeding policy incorporating Belclare and New Zealand/Irish Suffolk genetics into the foundation ewe flock (mixture of Texel, Suffolk, Border and Blue Leicester) is contributing, along with better grassland management and addressing mineral issues, to an increase in flock output with this year’s ewes scanning 1.91 lambs per ewe to the ram and a litter size of 1.98 for those in-lamb. Performance in the ewe lamb flock is also impressive with a litter size of 1.04 lambs after a three-week breeding season. The breeding policy will be discussed in detail on the day as will plans to introduce flock electronic tagging and flock performance recording.

As mentioned above the conference takes place at 11am in Lawless’ Hotel following registration at 10.30am. There are three excellent topics confirmed as outlined below.

Grass utilisation and the latest research from PastureBase Ireland:

Teagasc have a number of new initiatives aimed at increasing productivity from grazed grass. This session will give an explanation of the new PastureBase Ireland recording system and give a flavour of the Teagasc grassland programme including a look into what grasses and clover varieties are performing for sheep farmers.

The results stemming from Year 1 of the mixed species grazing trials in Lyons Research Farm look very positive. Tommy Boland will give an overview of performance to date and plans for the trial in year two and beyond.

Welsh sheep farmer and Nuffield Scholar Neil Perkins explains grassland management on his farm, the swards that are working best for him and the benefits possible from using EID tagging and performance recording.