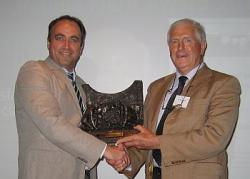 IGA Lifetime Merit Award recipient 2010
“For his outstanding contribution to the Irish Grassland Association, being the Honorary Secretary and Treasurer for 30 years of its 60 years existence, a council member for 39 years, and for his leadership in research and technology transfer for sheep production, particularly grassland management, I wish to nominate Dr. Sean Flanagan for the
Irish Grassland Association Lifetime Merit Award 2010.” 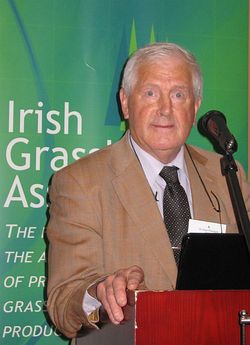 Actively promoted the Association by producing brochures and press articles

Sean joined the AFT Sheep Research Centre at Creagh, Co. Mayo in 1960 following graduation with a B. Agr. Sc. (Hon) from UCD. Subsequently he completed his PhD at the University of Edinburgh in 1964. On his return to AFT, Creagh, he continued his research work on classification of the characteristics of hill and lowland wools. In 1970 Sean was assigned to the Animal Husbandry Department at Creagh undertaking research and technology transfer on over wintering ewes, either on forage crops or housing, and on early lamb production. In 1973 Sean was instrumental in the planning and development of facilities and implementation of research programmes, on a new 240 ha leased research farm at Belclare, Co. Galway. In 1978 he set up the Blindwell Field Station at Tuam to evaluate whole farm systems of sheep production, including tillage, which became a focal point for technology transfer for sheep production until 1992. Also in 1985 he was assigned extra responsibilities as Farm Director of the new Research and Development Sheep Unit at Knockbeg, Co. Carlow, undertaking research work on impact of grassland management, handling facilities, housing, early lamb production, improving labour efficiency, extended grazing and finally year round grazing on the performance of the ewe flock. Knockbeg provided a focal centre in the East of Ireland for sheep research and technology transfer. Sean retired in 2005 shortly after organising a Sheep Conference at Greenmount College, Co. Antrim jointly hosted by the Irish Grassland Association, Ulster Grassland Association and the British Society of Animal Science. During his career Sean addressed the Irish Grassland Association Conferences on 7 occasions. 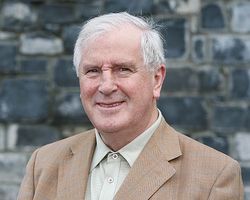 Therefore it is an honour to nominate Dr. Sean Flanagan for the Lifetime Merit Award for 2010 as he was the ‘corner stone’ of the Association for over 30 years during which time he undertook the thankless position of Secretary and Treasurer, for no financial reward, and for his major contribution to research and technology transfer on all aspects of sheep production. 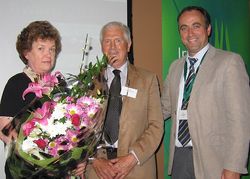