Born in Coolaney, Co. Sligo in 1933, Roger grew up on his parents’ farm.  In 1956 he graduated from University College Dublin and joined the Department of Agriculture at Johnstown Castle.  With the establishment of An Foras Taluntais he moved to Grange Beef Research Centre where he worked as a research scientist until 1969.  Here his research focus was grass silage conservation, which was then in its infancy in Ireland.

In 1969 Roger joined the Cork Marts/IMP group. There he set about developing relationships between cattle producers and meat processors to their mutual benefit.  He became manager Cork Marts/IMP Meat Division.  Subsequently, together with a colleague, he established Rangeland Meats in Castleblaney, Co. Monaghan.

Roger’s year as President of the Irish Grassland Association (1971-1972) coincided with an era of high expectations generated by Irelands forthcoming entry to the EEC (EU). The association were strongly in favour of entry to the EU. However, at a number of Grassland meetings it was considered that there was a lack of commitment to development of the very industry which hoped to benefit most from joining the EU. Thus, the council of the Grassland Association set up a committee, chaired by Roger, to formulate a plan for development of agriculture in Ireland.

Roger was a keen cattle breeder. With his Pelletstown Limousin herd he focussed on temperament, calving ease and conformation on his farm in Drumree. He won numerous cattle show and industry prizes, including the prestigious SBV (Suckler Beef Value) award for his cow, Pelletstown Racquet ET, at the 2008 RDS Champion of Champions Awards. 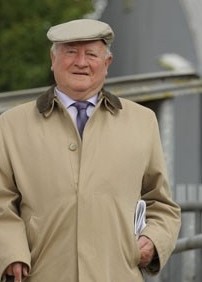