Matthew Joseph Bruton, known as Joe, was a leading figure in Irish agriculture for many decades. He farmed in Dunboyne, Co Meath and mainly supplied beef to butchers in Dublin. A founder and lifelong member of the NFA/IFA, Joe was a leading figure in the farmers’ rights campaigns in the mid-1960’s. He was a former chairman of the IFA Livestock Committee and represented his organisation in Brussels as chairman of the EEC’s Beef Advisory Committee, establishing study groups to help the development of the Irish cattle and beef industries within the EEC.

In addition to his membership and presidency of the Irish Grassland Association, Joe Bruton held a range of prominent public positions during his long life. He was a Director of the Dublin Port and Docks Board, serving for many years as chairman. During his membership of the Royal Dublin Society, Joe was president of the Ballsbridge-based organisation’s Agricultural Committee. In the 1960s, he was a member of the board of the newly established Agricultural Research Institute (now Teagasc) whose work has helped to transform the face of Irish farming during the last 50 years. Displaying his wide range of interests, the Meath-man also held membership of the Agricultural Economics Society of Ireland and was a former president of the Irish Bee-Keepers Association.

Locally, Joe Bruton was a true community activist. For most of his life he was involved in community activities in Dunboyne, including a major fund-raising drive for the parish church and the local community council.

Joe Bruton’s thoughts on a wide range of issues, both agricultural and other, were well known to the many readers of his column in the Irish Farmers Journal which he wrote weekly for twenty-five years. He was an equally skilful broadcaster and was a regular on RTE radio and television programmes in the 1960s and 1970s when farming issues were more prominently publicised in the broadcast media. Known as a man who enjoyed classical music and reading, Joe was a fluent French speaker and spoke passable German.

Joe Bruton’s farming prowess was widely recognised both in Ireland and internationally and his farm regularly hosted groups from home and abroad. As might be expected of a former IGA president, Joe Bruton’s grassland management and cattle production standards were exemplary. He was a key figure in the introduction of Charolais and Limousin beef cattle into Ireland, recognising the superior beefing qualities of the breeds.

At the time of his death in 2009, Joe Bruton was cited by former IGA and IFA President Padraig Walshe as “one of the leading beef farmers of his generation and recognised as a supreme innovator. During his time in IFA, he represented the interests of farmers and played an important role in the development of the Association”.  Fine Gael Taoiseach Enda Kenny said: “Joe made an indelible imprint on Irish society, most particularly in the farming community.” Joe Bruton’s two sons, John and Richard, held prominent positions in Fine Gael and in Irish governments over many years. 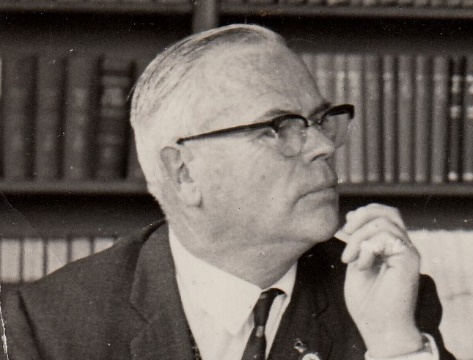